This is not about a Beatles’ birthplace.  The Welsh Streets in Liverpool 8 occupy the front line of national battles on Housing and Regeneration for good reason.  They have lessons on urban policy for governments of all parties.

The failings of UK housing policy since 1989 can be summed up in one simple sentence: they favour the landlord; and disadvantage the household – whether tenant or owner occupier. 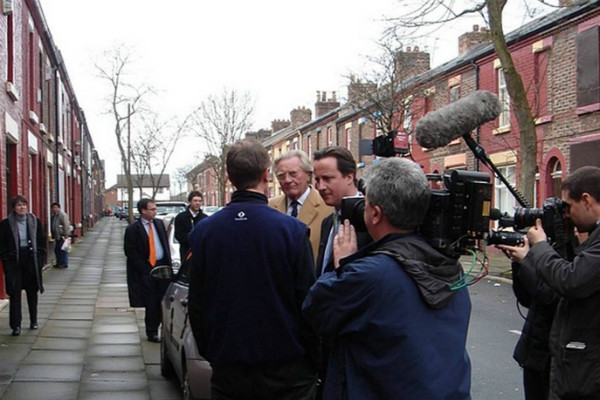 David Cameron and Lord Heseltine visit Madryn St.  I was their guide – standing next to the man with the orange tie.

There are complex claims and counter claims over the Welsh Streets story, but the bare facts are stark:

There are further financial and opportunity costs not accounted for here – securing the area while empty, council tax lost, other investment foregone, dislocation of waiting list households,  planning blight, health impacts and so on.  These are human costs that go beyond statistics into stressful sleepless nights and neighbourhood divisions.

Although development density will drop from 480 to 150/220 homes, plus the 40 retained (a density drop of c.55 – 60%)  the proposed new homes are often smaller than the ones replaced.   This is because land is given over to gardens and garages – lower maintenance for the landlord, but less flexible for households.

Liverpool architects Constructive Thinking have shown the 2 bedroom properties Plus Dane Group propose have a floor area of 72.5 sq.m – smaller than the 75 sqm in terraced 2/3 bed homes due for clearance.

Official figures show the Welsh Streets were improving in terms of condition and empty properties until a sudden reverse in 2004, when the clearance proposals started to become public (See para 4.12, below).

That leaves the uncomfortable thought that officials at Plus Dane Group have simply targeted the wrong area for managed decline – but cannot stop digging, for fear of facing up to an expensive, damaging mistake. 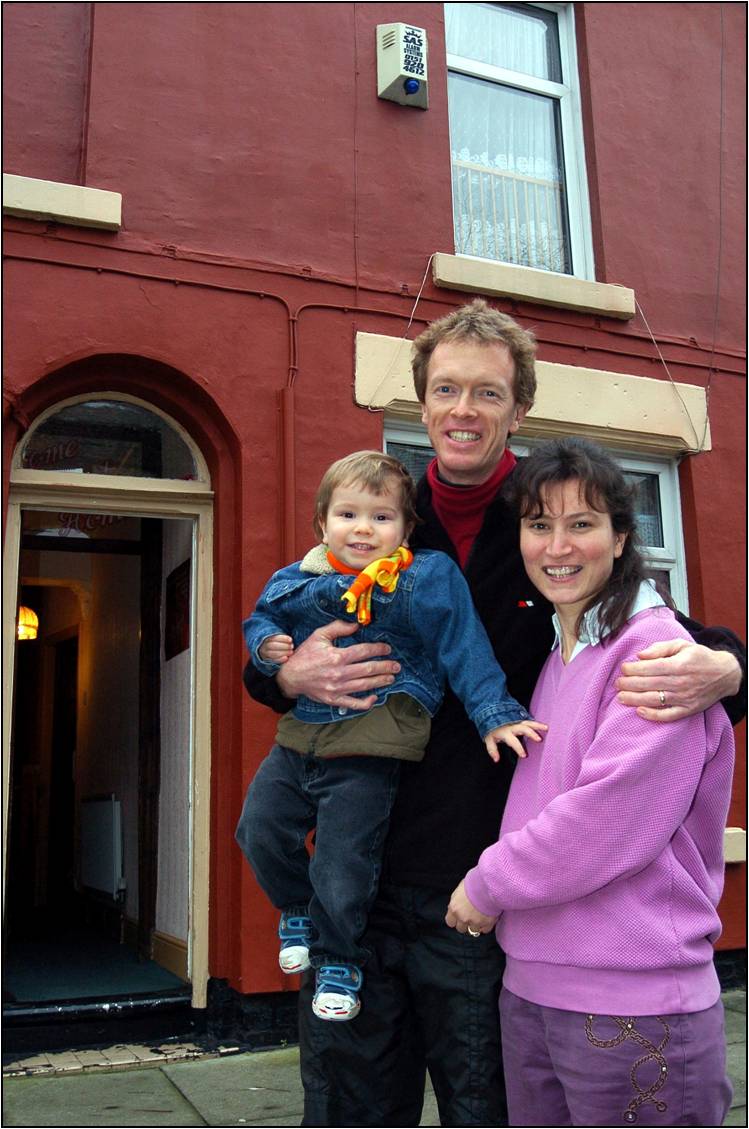 A family on the Welsh Streets, now driven out by demolition. 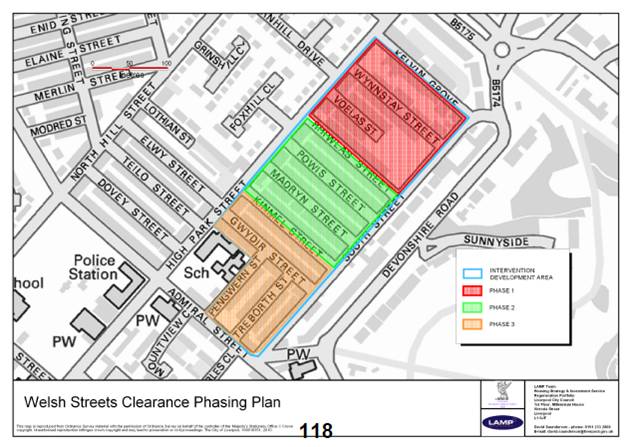 Welsh Streets Clearance Phasing Plan. Phase 3, shown to the SW in orange, is mainly inhabited and has no funding for replacement – so could be grassed over.

The Princes Park Neighbourhood Renewal Assessment (NRA) mentioned in Private Eye above says little about why the area came to be so run down, and has been criticised by independent Housing Charity Empty Homes for ‘apparent bias’ and ‘being crafted to achieve a pre-determined recommendation of clearance and rebuild’.

The ‘refreshed’ DTZ/Liverpool Council NRA report can be downloaded here.

Nevertheless it contains interesting facts, such as:

Of the 490 properties within the area identified ownership is currently as follows:

4.12 Figure 4.4 illustrates figures: It shows that from 2002 voids within Princes Park
were reducing and fell below the City level in 2004 but have since been increasing and whilst City
levels have been falling since 2009, those in Princes Park have remained level significantly above
the City average.

4.12 It is considered that the fall in vacancy to 2004 was due to developers purchasing
properties for refurbishment and sale. The increasing vacancy since 2005/2006 was as the Council’s
acquisition programme gained momentum. 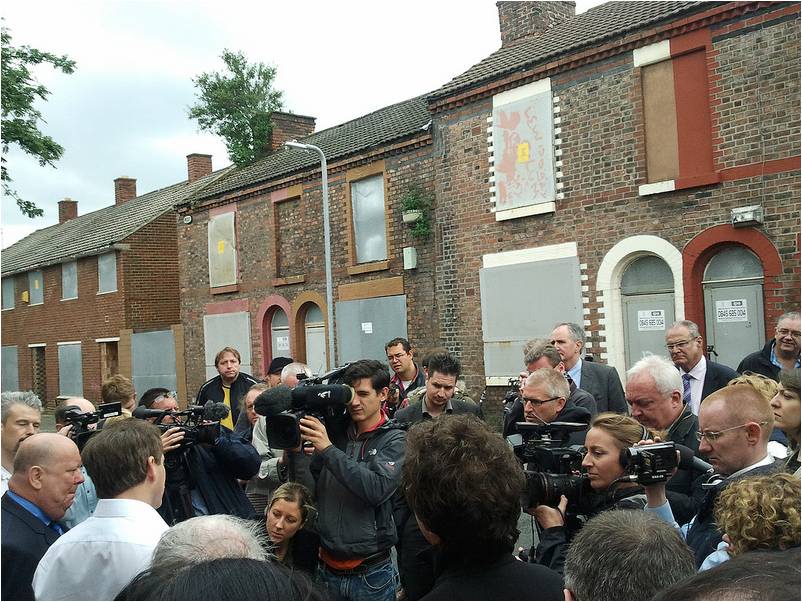 Mayor Anderson and Minister Shapps on Madryn Street in front of the world’s press on 15th June 2012, to announce Ringo’s house would be saved. Plus Dane Group’s plans mean over 90% of the Welsh Streets 490 properties would go.