Rebuilding Britain for the Baby Boomers

In the 1990’s architect and broadcaster Maxwell Hutchinson began recording interviews with the men who re-built Britain after World War 2.

(JB – i.e. architects who designed the new buildings and estates…. I doubt they did much of the hands on building – which was done by women too!  But we know what he means…) 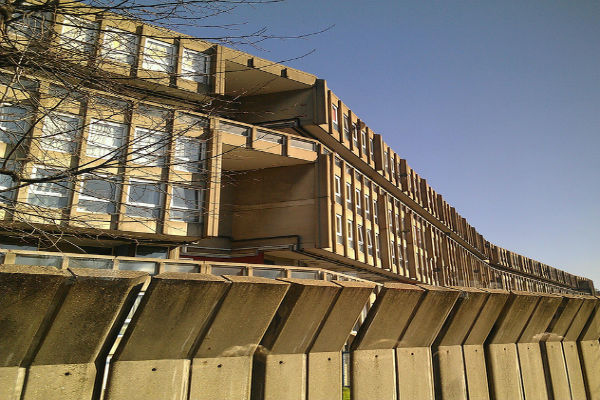 A Broken Wave – Park Hill and the Hyde Park Flats in Sheffield viewed from the canal basin, c.1975. http://www.bbc.co.uk/southyorkshire/content/image_galleries/sheffield_then_and_now_vin_rigby_gallery.shtml?37

These idealists – then in their eighties- told how they’d returned from war to a country ravaged by the Luftwaffe, determined to design a country fit for heroes.

Many were graduates of the left-leaning Architectural Association and brought their radical ideas, influenced by le Corbusier and Walter Gropius, to building social housing for slum clearance families ; hospitals for the infant NHS; schools for the children of the Butler Education act; and bold new tower blocks that would transform the city skyline.

The Death of the Street – The regulated visions of French architect-planner le Corbusier held the imagination of post war British architecture in an iron grip.

(JB – as the programme says, Modernism was about standardising behaviour, as well as the places people lived.  That helps explain its partial rejection by the public, much to the dismay of the men who knew best).

Most of them worked for local authorities and saw their profession as a public service. These “duffle-coated pip-squeaks” as they were known, included Sir Phillip Powell ,Sir Andrew Derbyshire , Ivor Smith, Peter Smithson , the father of Brutalism; Lord Esher and Jim Cadbury Brown. Many have since died.

Using these interviews, plus newsreel and contemporary archive , this programme captures that idealism and reflects the later disillusionment when modernism – and architects – fell out of fashion.

2011 was the fiftieth anniversary of Parkhill Flats, Sheffield. It was seen as the embodiment of the modernist movement – streets in the sky to replace the grim terraces bulldozed after the war to give families indoor lavatories, central heating and airy balconies.

Sheffield’s Crusader Castle – Parkhill and Hyde Park Flats, Sheffield, 1982 (c) Simon K. Parkhill (the lower block in front) is now GII* listed and under renovation. Block B of Hyde Park, the ‘crusader castle’ behind, was demolished in the early 1990s. http://www.flickr.com/photos/norfolkodyssey/389297315/

At first the families couldn’t believe their luck – they loved their modern new homes. But as the building began to show cracks, and the community spirit failed to translate from slum-terrace to deck access, Parkhill Flats became a by-word for all that was rotten in the state of post war architecture.

(JB – the community spirit in the terraces meant they weren’t always so grim after all… some were terrible slums but others were people’s palaces – the Duffle Coated pip-squeaks didn’t always see any difference.)

It wasn’t long before residents starting chucking their rubbish over the balconies, and the flats became the new slums. Peter Smithson, once blamed the residents of his much criticised development, Robin Hood Gardens (a sister project to Parkhill) for letting the building go to rack and ruin; for “painting their doors purple” and not applying “the minor arts of occupation”.

(JB – that condescension discredited the profession for a generation.  The backlash can be felt in the lyrics of The Jam song, the Planner’s Dream Goes Wrong http://www.youtube.com/watch?v=TMXNV4cKjK4)

Parkhill Flats – the largest listed building in Europe – is undergoing extensive renovation by the trendy developers Urban Splash; so the story of this emblematic building, which Sheffielders love and loathe in equal measure, is still a talking point.

In the programme, Maxwell Hutchinson goes back to Parkhill to see the renovation, talk to former residents and find out if the post-war dream of the young architects who designed this colossal building can be revived.

Splash the Cash – Parkhill in November 2010 – Stripped back and reclad multicoloured block by Urban Splash contrasts with that awaiting renovation in the foreground. Picture from Glass Pilgrim’s blogspot: http://glasspilgrim.blogspot.co.uk/2010/11/park-hill.html 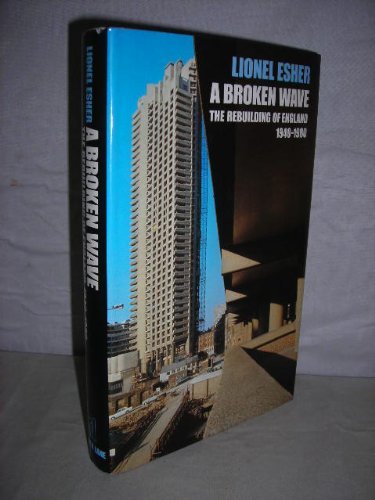