Liverpool has always looked out to sea – and now the world is returning to the Mersey waterfront, as the city climbs into the top 5 UK city destinations for overseas visitors. 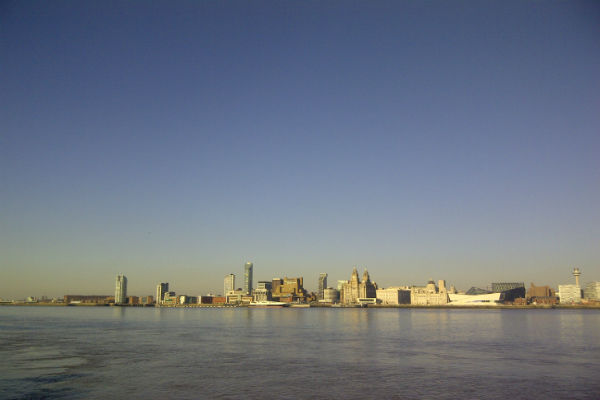 Visit Liverpool and the Local Enterprise Partnership (LEP) recently hosted an inspiring event at one of Liverpool’s most spectacularly rescued landmark buildings, the 1889 Florence Institute – a Victorian gem universally known as ‘the Florrie’, a popular sight on our Liverpool tours.

The strength of Merseyside’s tourism offer and the international dimension to Liverpool’s renaissance are backed by detailed research undertaken by the Liverpool LEP.

1. Liverpool is back in the Top Five city destinations for overseas visitors to the UK.

3. Passenger numbers at Liverpool John Lennon Airport grew tenfold from the mid 90s, to 4.6m in 2012.

4. Liverpool hotel spaces doubled in number over the decade – and mainly at the higher end of the market. At the start of 2012 there were almost 6,000 hotel rooms in Liverpool, with 4700 in the centre – and over 1,000 more in development.  Average nightly occupancy increased to 72% in 2012. 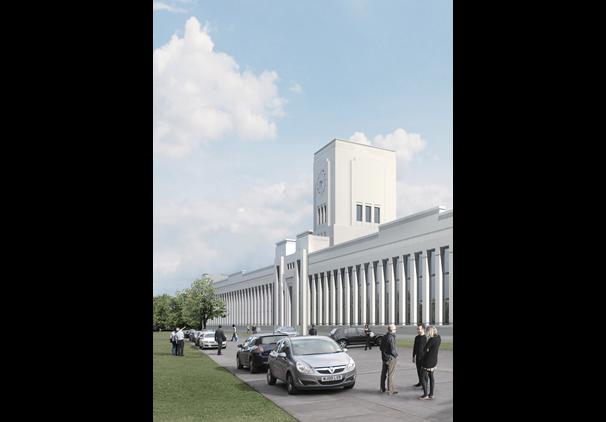 Liverpool’s art-deco Littlewoods Building has permission for conversion to a hotel and business space, in a scheme by Capital & Centric. Pic: Shed KM

And the best news is that Liverpool’s business and visitor economy infrastructure continues to expand, with more hotels opening, and still more in the pipeline.  Happily, these investments are breathing life back into much-loved Liverpool landmarks, and rescuing some of our best ‘at risk’ architecture.

Especially welcome is Capital & Centric’s planning permission for the wonderful art-deco Littlewoods Building on Edge Lane, which was unlisted and recently endangered, subject of a SAVE Britain’s Heritage campaign I was proud to be involved in.

It’s also great to see the lights go back on in the former Royal Insurance HQ on North John Street, Richmond’s £10m conversion of the former Merseytravel building, and of course Adagio’s apart-hotel in the 1950s Lewis’s department store (designed, incidentally, by the same architect as Littlewoods, Scotsman Gerald de-Courcey Fraser).  Hotels are a perfect use for historic buildings, as the Albert Dock, Hard Day’s Night and Crowne Plaza in the original art-deco Liverpool Airport terminal prove. 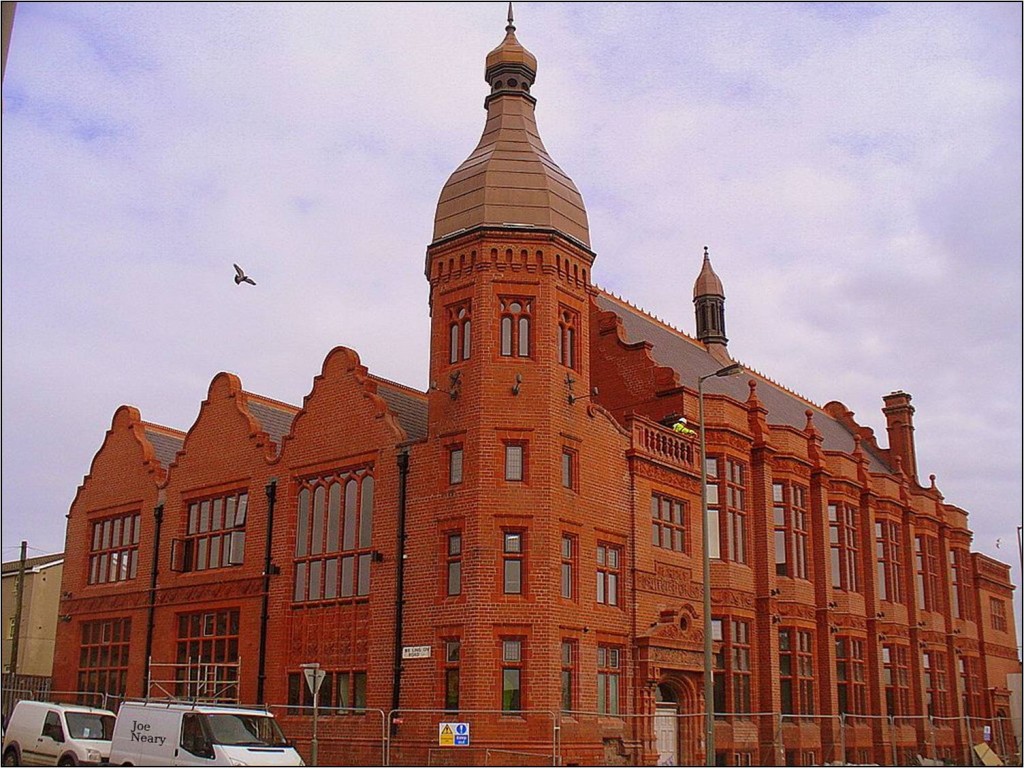 Renaissance Florence – the shining phoenix in 2012 after her £6m restoration. Pic: theflorrie.org 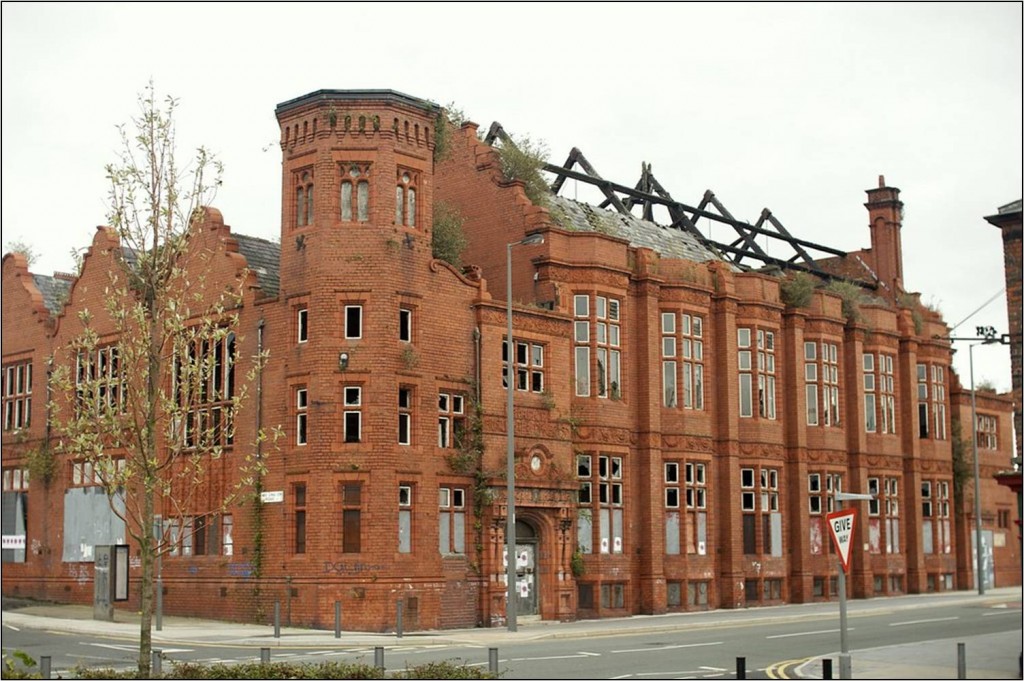 The Florence Institute in 2008 before restoration. The building had been empty since 1988.

It’s not stretching a metaphor all that far to see the Visit Liverpool tourism event venue at the Florrie as symbolic of Liverpool’s rebirth after its near death experience through the 1980s.

Not long ago, the Florrie was a roofless, burned out ruin, astonishing both for her grandeur and degradation.

Now the majestic building, with its gleaming copper dome, teems with life, with dozens of daily activities run by local residents and businesses (check out the Facebook Page for the Florrie).  Its a semi miraculous restoration, rooted in community activism,  public investment, and the skills of professional designers and builders.  Massive collective effort has brought the Florrie back from the brink of obliteration to today’s shining splendour.

To be truthful, the metaphor is only partial – not all of Liverpool’s historic fabric has survived to be given the love lavished on the Florrie, and some remains degraded.

Moreover, the city was never quite the basket-case detractors delighted in painting it during its dark night of the soul – but there were plenty of powerful people who saw it as beyond economic repair,  and plenty of self-inflicted injuries too.  Fairly or unfairly, investor confidence collapsed, and the population dropped like an ebbing tide.

Which made the mood of the Visit Liverpool event in this rescued Victorian gem all the more uplifting for those who stared over the abyss back in the 1980s.  Because it’s clear the tide on Merseyside really has turned, despite the tough financial climate.

The City Region’s economy still has a long way to recover – output is around 75% of the national average.  But the trends are positive – and especially exciting is the international feel to Liverpool’s recovery.

The profile developed as European Capital of Culture 2008 – and UNESCO World Heritage Site could be sealed by the International Festival of Business 2014.